It’s been so long in fact that the S22 series launch is rumoured to be just around the corner. We weren’t sure if we’d ever see the Samsung Galaxy S21 FE hit the shelves but here it is.

FE stands for Fan Edition which is basically Samsung’s Lite version of their flagship phone, streamlining its features to bring the price down. Don’t be fooled though, while it might be cheaper than the rest of the Galaxy S21 series, it still sits firmly in the upper-mid-range segment, going up against handsets like the Google Pixel 6 or the Xiaomi 11T Pro.

The Samsung Galaxy S21 FE is almost guaranteed to be one of the best Samsung phones yet, but will it also be one of the best Android phones of 2022? Or is it just too little too late? You’ve come to the right place to find out. Let’s get straight down to it. You’ll find that the design is almost identical with a camera notch that wraps around the corner of the handset but the new phone is slightly longer and wider because of the bigger screen. There are also new colours to choose from.

The Samsung Galaxy S21 FE has a stripped-back rear camera system with a 12MP ultra-wide camera, a 12MP wide camera and an 8MP telephoto camera so you can’t expect shots to be quite as detailed as on the S21. It’s not all bad though because the front camera has been boosted from 16MP to 32MP – if you’re someone who takes a lot of selfies you should get clearer, sharper shots with the S21 FE.

While both phones use the same Snapdragon 888 processor, the new FE Edition offers a smaller 6GB RAM option for those who want to save even more money and don’t mind that slowing the phone down. You can buy it with 8GB of RAM as well. Because it’s largely made from plastic, you do get the impression that this phone is more durable than other handsets that use a lot of glass. It feels like it can take a few knocks and bumps, and because the screen is Gorilla Glass Victus even that should survive drops from up to 2 meters. With an IP68 rating, the Samsung Galaxy S21 FE is completely waterproof as well so you won’t need to worry about getting it wet.

Measuring 155.7 x 74.5 x 7.9mm and weighing 177g, it’s not quite as compact as the Samsung Galaxy S21 but it’s still comfortable to hold even for those with smaller hands.

Around the frame, you get the usual power button and volume controls on the right-hand side with a USB-C port along the bottom. It comes as no surprise that you don’t get a 3.5mm headphone jack. If you do still use wired headphones, it could be time to upgrade to Bluetooth or you’ll need to buy an adaptor.

To unlock the phone you get the choice of using a pin, pattern or password as well as facial recognition and an in-display fingerprint sensor. Using your thumbprint to unlock the phone is very reliable, it worked time and time again, although I did think it could be placed slightly higher up to suit where your thumb naturally sits on the frame. The 6.4″ Dynamic AMOLED 2X display has a resolution of 2340 x 1080p and a 120Hz refresh rate so it’s bang up-to-date. The screen is only interrupted by the hole-punch style camera in the middle at the top. It looks and feels fantastic to use with bold accurate colours, plenty in the way of brightness and sharp details. Samsung doesn’t disappoint when it comes to their displays and this one is no different. You’ll be able to use it for just about anything whether that’s streaming videos, playing mobile games, reading the news or doing some online shopping.

To protect you from eye strain particularly at night time, there’s the option to switch on the Eye Comfort Shield in the drop-down menu which removes blue light from the screen.

Like the other phones in the Galaxy S21 series, the screen feels very flat to use, gone are the days of the sleek curvature on the edge of Samsung Galaxy phones. Whether you like that or not will very much depend on your own personal preference. The rear camera system has been simplified in the Samsung Galaxy S21 FE, relying on a 12MP ultra-wide camera, a 12MP wide camera and an 8MP telephoto lens. Meanwhile, the front camera has a resolution of 32MP which is double that of the selfie snapper on the S21.

Photos taken on the Samsung Galaxy S21 FE come out looking sharp and bright even though you won’t get quite the same level of detail as you do elsewhere. Despite that, the camera manages to create a good balance between light and dark areas so the whole scene is easy to see. Colours look bold and vibrant as well, although they could be oversaturated so sometimes came out looking quite unrealistic.

Selfies are where the Samsung Galaxy S21 FE really thrives – you can choose to set the tone to Natural or Bright. Whichever you choose you’ll get sharp and flattering photos. And when two or more people step into the shot, it’ll automatically switch the front camera to the ultrawide mode which means you can easily fit everyone in. It can balance light and dark areas of the shot well. (Image credit: Future) Image 4 of 8 The ultrawide mode fits more into the frame. (Image credit: Future) Image 6 of 8 At night, the Samsung Galaxy S21 FE can brighte up shots but it’s not as effective as you get elsewhere. (Image credit: Future)

In low light, the Night mode brightens up the shot well enough to see the subject clearly but you do lose out slightly on detail and vibrancy when you compare the photos to those taken on other phones. The post-processing here is certainly on the weaker side of things.

Another downside to this phone camera is the effectiveness of the digital zoom. You get up to 30x zoom here but photos look noticeably more grainy than they did on the S21, particularly when you reach 20x zoom and above. The 30x zoom is hardly even worth it because the end result is so distorted.

All-in-all this phone camera is quite far off the seriously impressive system on their top-of-the-line phone, the Samsung Galaxy S21 Ultra, but then this is also a lot cheaper than that.

For point-and-shoot photography, the camera system will be more than good enough for most people even if it’s not going to blow anyone away. The Samsung Galaxy S21 FE packs in the same Snapdragon 888 processor as the S21. That was Snapdragon’s top-of-the-line CPU in 2021 but it’ll soon be pushed out by the Snapdragon 8 Gen 1 which is likely to be featured in a lot of flagship phones this year. So come mid-2022, the CPU used here may seem a little outdated but that doesn’t make it any less powerful.

Elsewhere, you get a choice of 6 or 8GB of RAM, depending on how much you’re willing to spend, and either 128 or 256GB of storage. There’s no MicroSD card slot to expand the memory.

As you would expect from those specs the phone ran well. It felt quick to flick through menus and opening apps was instantaneous. It’ll even cope well with larger mobile games like Call of Duty Mobile or Fortnite although you can expect the handset to heat up a little when you use those. To measure the performance I ran the Geekbench 5 benchmark test. The Samsung Galaxy S21 FE scored 1,095 in single-core and 3,080 in multi-core. That’s similar to the scores achieved by the Samsung Galaxy S21, putting it in line with the likes of the OnePlus 9 and even making it more powerful than some other recent flagships like the Google Pixel 6 Pro.

You get a larger 4,500mAh battery inside this phone but that doesn’t necessarily mean it’ll last longer. When I tested it out it became clear that you will need to plug it in each day if you’re someone who spends a lot of time on their phone but equally, you won’t need to worry about running out of juice while you’re out and about.

I downloaded and ran a video over two hours and in that time the battery level dropped by 14% which suggests it would have lasted about 14 hours in total. That’s not quite as good as the priciest flagships but it will be good enough for most.

In the box, the Samsung Galaxy S21 FE doesn’t come with a charger, you just get a USB-C cable. If you want to get the fastest 25W charging you’ll need to buy the charger separately. Using that, it’ll take about an hour and a half to charge the phone from empty to 100% which is slower than the rest of the S21 series. You can also charge the Samsung Galaxy S21 FE wirelessly if you own a compatible charger. The brain of the operation is Samsung’s One UI 4.0 interface which is based on Android 12. It’s the first Samsung phone to ship with Google’s most recent software. It comes ahead of it being rolled out to their current devices later this year.

The new OS gives you loads of customisation options across your home screen, apps and widgets. For instance, you can now choose a new colour palette for the whole system to match your wallpaper, it will even adjust the app icons to match if you want it to. It looks great and runs smoothly for the most part.

When you start up the Samsung Galaxy S21 FE for the first time, you can choose which search engine you would like the phone to use by default – of course, most people will choose Google but it’s good to be given the choice when you’re initially setting it up. Once up and running you’ll already have Google’s suite of apps pre-installed including the Play Store, as well as some extras from Microsoft.

You will also get Samsung’s own app store on this handset, but I can’t really see why anyone would choose to use that over Google’s alternative. Granted, this isn’t actually a cheap phone, it still sits towards the more expensive end of the market. A bigger price difference between the handsets would have made this much a more convincing buy, especially given the fact that the S22 series isn’t far off being launched. It could be worth bearing in mind that once the new phones have arrived, this one might have its price cut.

The phone itself is well-rounded and easily matches up to the competition from OnePlus and Google. You’ll get a good amount of power, a fantastic screen, decent battery life and a high-quality camera system. It’s not going to wow you but it’s not really meant to. If you’re already hooked into the Samsung ecosystem then it’s definitely worth considering.

If you’re looking to spend a lot less than this but you’re set on having a Samsung phone, you should take a look at the Samsung Galaxy A52 5G. Like the Samsung Galaxy S21 FE, it has a durable plastic body, a 120Hz FHD+ display and 5G support. The 64MP main camera takes impressive photos as well. If you’re big into snapping shots while you’re out and about this phone will be a good choice for you.

Anyone who is on a budget and considers themselves an Android person should have the OnePlus Nord 2 on their shortlist. It’s a stunning phone that looks a lot pricier than it actually is. Granted you can’t charge it wirelessly and it’s not completely waterproof but it’s got speedy performance, an excellent camera system and a very long-lasting battery. It’s a great smartphone that won’t cost you the earth. 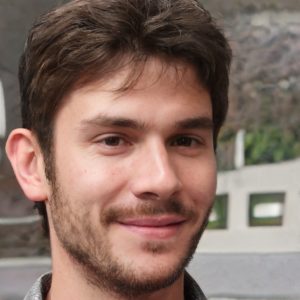